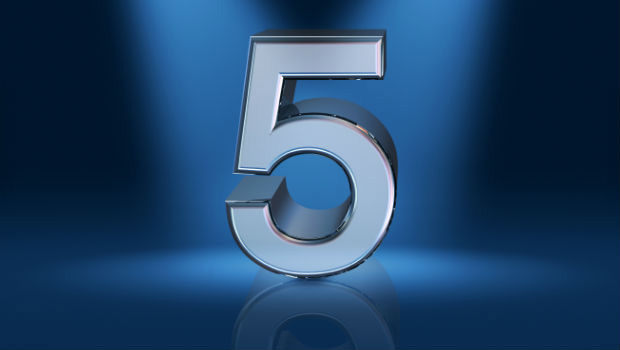 This week has been all about prep for our Cloud Partners event next week in Boston. Beantown weather is shaping up to be pretty perfect, in case you’re on the fence about heading to the city. There’s still time to register, including for our three concurrent education tracks. In our recent reader survey, you asked for more actionable information, so we worked hard to pull together 10 sessions that will deliver best practices you can use now to improve your business.

Wednesday sessions include Jonathan Feldman, the CIO of Asheville, North Carolina, on selling cloud to skeptics, and Intelisys’ senior vice president of cloud transformation, Andrew Pryfogle, and friends, on five best practices to sell IT as a service. We’ll also discuss the most profitable cloud verticals, hear about adding a cloud security practice from someone who’s been there, the legal realities of cloud, how to vet cloud vendors, the pros and cons of reselling Amazon’s and Google’s clouds and much more. I hope to see you there.

You may want to prioritize that session on adding a security practice, because according to Gemalto, data breaches increased by 10 percent in the first six months of 2015 compared with the first half of 2014. That’s according to its 1H 2015 Breach Level Index Report, released this week. Customers clearly need help.

One bright spot is that, while 246 million records were compromised worldwide, that represents a 41 percent decrease, likely because the retail industry learned from last year’s mistakes and has better data sharing (see my coverage of the new Retail Cyber Intelligence Sharing Center).

Or, maybe it’s because attackers turned their attention to more lucrative targets. The retail sector saw a significant drop in the number of stolen data records, accounting for 4 percent compared to 38 percent for the same period last year. The bad news is that much of the data that was compromised yielded valuable health-care information. The identity theft attack on Anthem Insurance alone exposed 78.8 million records.

“Cybercriminals are still getting away with big and very valuable data sets," said Jason Hart, vice president and chief technology officer for data protection at Gemalto, in a statement. “For instance, the average health-care data breach in the first half of 2015 netted more than 450,000 data records, which is an increase of 200 percent compared to the same time last year."

What should you do? Recommend encryption for starters. Only 4 percent of data affected by breaches was encrypted, and thus useless to thieves. That’s up from 1 percent in H1 2014, but it’s still a dismal number. Hart also suggests better identity and access-control techniques, including multi-factor authentication.

You can also gather vertical- and region-specific information for customers from Gemalto’s Breach Level Index site, which tracks the total number of records lost and breaks incidents down by industry, source, type and geographic region. If you’re looking to add security offerings, a Gemalto spokesman said the company currently has 1,430 partners worldwide, and that about 60 percent of the company’s business comes via the channel.

SaaS revenue for messaging and Web/malware security was $268 million in 2Q15, an increase of 38 percent over 2Q14.

The death of the PC has been greatly exaggerated, as partners know. Yes, sales are down, but that has a lot to do with companies keeping hardware longer. So when recommending a new purchase, especially when a customer is buying hundreds of machines, it’s important to be sure that the devices will hold up. Helping consumers and partners make wise choices for the long-term is the idea behind the 2015 Q2 Computer Reliability Report from computer repair and tech-support provider RESCUECOM, released this week to coincide with back-to-school purchases. The report looks at tablets as well as PCs and calculates reliability scores by comparing a manufacturer’s computer and tablet market share with the number of tech support calls for those devices.

The top-level finding is that the most reliable manufacturers have continued improving, while less-reliable brands are not making much headway. Samsung, Apple and IBM/Lenovo top the list, in that order. Dell posted improvement this year, and Microsoft Surface tablets earned a solid "B." HP came in dead last among the nine brands rated.

PLUS: Besides (or partly because of?) making strides in its PC reliability, Dell was the recipient of a “Rising Star" award at the 2015 Global Technology Distribution Council (GTDC) Summit North America, held this week in San Francisco. Last year Dell earned silver among hardware companies with revenue of $500 million or more. The Global Technology Distribution Council is an industry consortium representing the tech distributors that drive more than $135 billion in annual worldwide sales of products, services and solutions. Its annual North America Rising Star Awards recognize technology companies with exceptional year-over-year sales growth through North American distributors.

“In order to win against the legion of low-cost cloud providers, we need to deliver greater customer value via differentiated services," said Kevin Meany, CTO and co-founder of MSP Versatile, a Nutanix customer. “With Nutanix FlexPrice, we can now focus on our service definition and delivery and stand apart from cloud providers who sell strictly on price."

Nutanix’s Xtreme Computing Platform is a hyperconverged infrastructure system; essentially a preassembled private cloud stack that bundles storage, compute and a hypervisor into scale-out X-86 boxes along with automation, security and management software. IDC says it found that that using Nutanix for internal datacenters can reduce infrastructure management time by 71 percent and achieve a five-year ROI of 510 percent. The company is accepting partner applications. 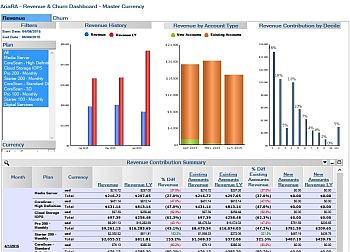 PLUS: Speaking of managing the costs of spinning up cloud services, earlier this week we covered Aria’ Systems' launch of Aria Revenue Analytics, software that enables partners to assess the health of their recurring-revenue businesses while evaluating and acting on revenue-generating opportunities. John Breul, Aria’s VP of business development, told us that the product is meant to help partners optimize recurring revenue growth.

Caching cloud-based content as close as possible to end users can decrease latency. Partners on the fence about reselling Google’s cloud offering, especially to customers that deliver bandwidth-heavy content, based on concerns about performance, have one less thing to worry about. Level 3 says it can deliver cached content in multiple formats, including: HTTP, HTTPS, HLS, HDS, DASH and Smooth Streaming. As for security, Level 3 supports geo and IP blocking, token and user authentication, SSL and DDoS mitigation.

PLUS: Google is working on new tech sure to make the world a bit brighter for those among us who hate germy public touchscreens. MENSXP reported this week on Project Soli, a new interaction sensor that uses radar to capture finger motions at up to 10,000 frames per second. That’s right: Wave your finger above the “accept" button on those nasty grocery store payment screens. Thanks, Google.

Browser-management software provider Browsium announced this week that version 3.6 of its Ion platform adds support for IE on Windows 10, custom configurations in Java Version Manager to handle multiple versions of Java in one Ion profile, improved rule evaluation to process 302 redirects from a Web server and handle very long URLs, and improved user agent strings. Last week, the company announced that HP has integrated Ion as a core component of its WebApp Accelerator Service for Internet Explorer 11, part of its Enterprise Services for Windows 10.

Note that “Windows 10 support" means Ion 3.6 works with IE11, not with the new Edge browser, though Browsium says it’s on the Edge case. Ion customers can download the new version now, and the company is offering evaluation kits by request. Gary Schare, Browsium’s president, told me that the company’s channel program is open to a variety of partners, from small systems integrators to large software resellers.