Secure Your Wireless Network So People Can't Access Your Signal

Do you know who is using your internet connection? 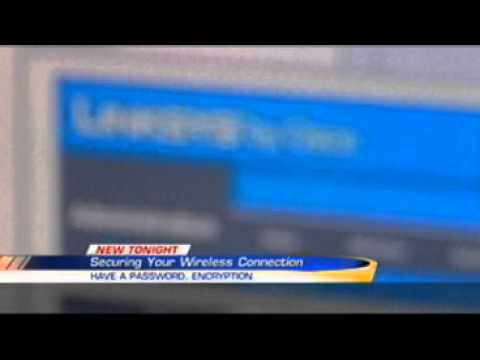 SYRACUSE -- Do you know who is using the Internet connection you are paying for?

If it's not secure. The answer is no.

"If it's secure it's not so easy," says David A. Milman, CEO of RESCUECOM, a computer repair and support company based out of Syracuse. "If you have locked down your network and it's secure then it's not so easy but most people don't do that because this stuff is complicated."

Milman estimates 40 percent of people don't have their wireless router secured. Anyone with a wireless router wants to make sure it's secure so that strangers aren't using it to steal Internet access. If your system is not secure, you have no control over who is using it and what they are looking at or doing.

Milman says there are some steps people can take to stay safe. There's encryption, which is special way of formatting your personal information so that the only person that can view it online is you. Most importantly, you want to have a password and a password that's difficult for a potential hacker to figure out.

"Make it something that has a non-alphanumeric character, which means it's not A through Z and not a number zero through nine," Milman says. "It's an exclamation, a bracket, a carat that most people would never think of to hack into your system."

"Remember this is reputation management," Milman says. "It's not only your banking information. It's your reputation, which today is everything."

Anyone can tell if you don't have a secure network. They can see it when they click on networks available on their computer.