Posted on February 5th, 2016 by RESCUECOM 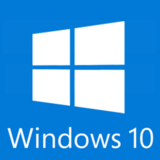 One would think that the longer a computer application is in the public’s hand, the better it gets with frequent updates.

Instead, the latest survey by RESCUECOM, the industry leader in computer repair, shows that user issues with Windows 10 continue to increase rather than declining. Many probably long for the stable Windows 7 program that was the dependable workhorse.

While there seems to be little relief for consumers who have upgraded to Windows 10 too quickly, it is an issue that should calm down as users become more familiar with the Windows 10.

As detailed in the last Computer Repair Report, its release was a major factor in the struggles users faced, and it continues to make up a majority of RESCUECOM’s Windows app and Windows O.S. service calls.  While these problems were a majority of RESCUECOM’s computer repair calls in our last report, their percentage has increased from a hefty 56.4% to 61.5% overall!

Macs are typically reliable, and RESCUECOM receives fewer calls than would be expected, based on market share, from Mac users than PC users by a large margin.  Problems users had with Macs decreased slightly, making up a mere 1.2% of computer support calls most recently.

RESCUECOM has gathered data on each of the tech support calls we receive at 1-800-RESCUE-PC for any tech device including PCs, smartphones, and tablets to create the 2016 Computer Repair Report.

We collect information on which issue a customer called about and the total number of times RESCUECOM received calls for that particular issue, then categorically rank the leading computer repair problems in order from those customers experienced most often to those they experienced the least.  This serves as a list of the most common technology problems troubling consumers, which we use to provide you with a useful resource to help you remain mindful of all the possible hazards to your tech devices and what you can do about them.

The most recent research shows problems with Windows only growing worse while most others issues are less significant than in previous reports.

The 2016 Computer Repair Report top problems are as follows:

As discussed previously, problems with Windows O.S. and Windows apps are the greatest difficulty most people face, with interruptions in software updates, licensing issues, and an inability to log into one’s account due to a forgotten password being major contributing factors.

Concerns with viruses, spyware, and malware, second in the Computer Repair Report since its inception, have now fallen to the number four spot with just under 6% repair share, a somewhat dramatic decrease from 11.3% last quarter.

This is good news, and it means more people are becoming perceptive to the need for strong Internet security measures such as the RESCUECOM Internet Security Suite to protect their personal information and the files stored on their tech devices.

Issues with slow computer performance are up 2%, from 7.4% to 9.4%, making it the second largest problem RESCUECOM techs addressed this quarter.  In third place is printer installation, setup, repair, and performance trouble at 6.2%, up from 4.9% most recently.

Difficulties with data recovery and movement are down from 2.5% most recently to 1.2%, and the increasing availability and popularity of cloud storage is a possible factor.  Storing data in the cloud is a great way to keep it safe and make it available when you face damage on a PC or mobile device you have stored it on or when you face trouble from a virus or spyware.

The inability to connect to the Internet, a home or business Internet network, or Wi-Fi makes up 2.6% of RESCUECOM calls.  These can be problems with your Internet Service Provider, your modem, or, in some cases, a malicious program on the affected tech device.  If the issue is not with your ISP, resetting your modem does not work, and your virus removal software cannot detect a problem, the only course of action left to take is to call a professional such as a RESCUECOM Certified Level-3 technician to fix it.

In fifth place this quarter with 5.6% repair share is hardware difficulty for PCs and tablets.  This is actually less of an issue than last quarter, having decreased by .3%, but still remains one of the more pressing issues for consumers.  Email problems have increased for users by 1.4%, a problem can be due to hardware malfunction is typically due to software or network issues.

When you do not have technical expertise readily available and you want avoid costly repairs with your technology, here are some actions you can take:

While it is not possible to prevent every conceivable problem, keeping these tips in mind will allow you to keep your PCs and mobile devices from requiring expensive computer repair.