Is It Worth Upgrading to Windows 10? 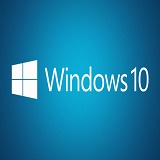 There is no question that Windows 10 is an advanced operating system compared to its previous versions.  In creating it, Microsoft made it faster, more user-friendly, and more thoroughly integrated with the devices running it, as well as providing greater ease of access to programs and apps.  On top of all this, it also includes Cortana, a digital assistant Microsoft first introduced on the Windows Phone 8.1 but providing a far superior search function in Windows 10.  Windows 10 is not perfect, however, and users have had some struggles adjusting from older operating systems.  As discussed in RESCUECOM’s 2015 Q3 Computer Repair Report, the upgrade to Windows 10 may not be worth it for many people.  There are many positive aspects, but also many problems that developed because Microsoft pushed it onto every non-enterprise computer running Windows 7, 8, and 8.1, resulting in 56% of all computer repair calls to RESCUECOM.

Windows 10 most definitely offers some great features that Windows 7 and 8 did not offer.  One of those is Cortana, which eliminates the need to go to the Start screen for a web search and the need for third-party software to search for files or track web searches.  Instead of the typical “dumb” search for relevant information, Cortana learns your interests to provide a personalized summary of your day, including adding calendar details and news you may find interesting when you open the interface. Beyond that, it responds to voice commands as well as typed ones, ultimately serving as Microsoft’s answer to Apple’s Siri.

Windows 10 does have one big problem:  major tech news sources such as The Next Web, Venture Beat, Computer World, and Tech Republic have all warned users about Internet Security concerns rising from the new operating system’s many tracking features and user information collection.   One unfortunate aspect of Cortana, despite its innovation, is that location services must be on in order to activate it or for it to work.  This means that no information can truly remain private while you browse online, and many users do not want to publicly broadcast where they are at all times.  Stay tuned to RESCUECOM’s blog in the future to discover why most of the services both Google and Apple provide require location services to remain on and the privacy concerns users face as a result.

Despite all the advancements Windows 10 offers, it is certainly not free from tech support issues.  This is especially true of these stemming from users’ familiarity with older operating systems and the many ways Windows 10 is different from previous operating systems.  Ultimately, those who are tech-savvy can learn and adapt as they go without too much trouble.  For those who are not, however, using Windows 10 involves relearning new ways of operating Windows and the computer.  In fact, the 2015 Q3 Computer Repair Report lists Windows O.S. and Windows app trouble as the main problems users faced, and they outweighed every other computer repair issue combined to make up over 56% overall.

Many users are not fond of the new Windows 10 changes from the familiar Windows 7 and 8; some of those changes involve a clumsier interface, lack of simple drop-down menu, and difficulty of accessing programs previously in a basic start menu, just to name a few.  Microsoft has addressed some privacy issues by offering updated adjustments for user settings not initially included, though users cannot avoid turning on location services to operate Cortana.  With some concerns addressed, however, users may find many advantages in upgrading to Windows 10, though less technologically inclined users may need the help of experts such as RESCUECOM Certified Level-3 technicians to adjust smoothly.