Soccermetrics is Advanced Tech for Soccer Clubs and Players 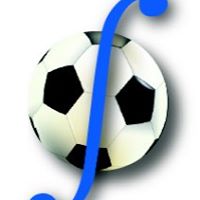 Plenty of apps, analytics software, and similar services exist with the goal of better understanding and applying sports statistics to improve teams and how they play. Now, an app called Soccermetrics soccer data and analytics exists to mathematically ponder and solve problems in statistics that can apply toward a better understanding of soccer as a whole. Its main intent is, according to its creators, to advance the state of the art in applying math, science, and data to soccer. Soccer has been the last of the major sports to witness a data revolution despite advancing technology for technical and cultural reasons, and Soccermetrics is available to aid media organizations, teams, software developers, and leagues. The main difference between this app and other analytics software and apps is the complete dedication to soccer alone as well as its technical complexity.

While you can connect to Soccermetrics via desktop or laptop, there is an added convenience through mobile tech support features for the app whether you use iOS or Android. Whatever you use, you have access to benefits such as automated reporting of advanced team and player performance metrics with visualizations and text and customized analytics that show team and player performance. It even has information such as environmental conditions of matches played at altitude or squad rotation behaviors throughout a league season. Soccermetrics then integrates this data into something that coaches, clubs, and players can actually make use of as well as providing better, more thorough individual and team stats for leagues. The data is extremely deep, in fact, including dates, training-specific details, participating teams, venues, environmental conditions, starting and substitute players for each team in the match, and all play events like goals, penalties, disciplinary incidents, and substitutions.

Soccermetrics includes biographical and physical data on participating personnel beyond players, such as managers and match referees. You can and should use it previous to matches and for reviewing details afterward. Beyond that, though, you can use it during training and on the field with the app, making mobile computer repair a must to gain its full benefits. It is beyond useful in improving performance, team cohesion, and overall play, but it can also help in analyzing draft picks by determining both player development and overall usefulness to a particular team, even matching the best pick based on a particular style of play. For all this and more, Soccermetrics very obviously goes far beyond any other analytical software yet available.