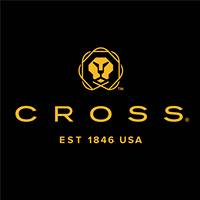 Applications for technology are far-reaching, extending to just about every known device for innumerable purposes in every imaginable field, but there is one common, everyday implement to which many never could have foreseen applications of tech as advanced as we have today: pens. The newest and most blatant example of the use of technology in writing implements is Cross’s new Peerless TrackR pen. Of course, Cross is a very well-known maker of pens since the mid-19th century and has always created the highest-end pens on the market. They have always been top of the line for style and used mostly by businessmen looking to make an impression. Why else would someone spend $100 for a pen when you can buy a pack of ten for around $5? The difference has always been that Cross has created pens for their quality and style rather than frugality, and their target has always been businesspeople in particular. The difference between every other pen and the TrackR is the very particular implementation of mobile technology in this newest model.

While the TrackR is of the same strong construction and quality as any other pen Cross makes, if there ever is a problem with its unique features, one can imagine it has some extremely delicate and tiny parts, making a repair all but impossible for anyone but the most expert technical care. The question is, what kind of tech could a pen possibly need? For anyone who has lost an expensive pen, and one can imagine that has been many people in the past no matter how careful one may be, the answer may seem self-evident. What the TrackR offers is a way to prevent the loss of this nearly $400 pen and, for many status symbol, through the use of mobile tracking technology.

One cannot stress enough that a device as small and narrow as a pen must require the most precise hand should a professional software fix ever be necessary. It connects to your smartphone via Bluetooth, allowing you to find it if you ever misplace it. That seems simple enough, but it is more than a simple tracker. If you are ever out of range, a very practical possibility given the typical distance even between one’s home and office, Cross boasts a network of millions of people using the same tech. The most interesting thing about it is that these people carrying another Peerless TrackR can catch the signal and send it to your phone should one or more of them be nearby. Beyond that, you can use the process conversely, so to speak, using your pen to find your cellphone if necessary. While an expensive pen would certainly not be a necessity for many, those who do enjoy using a high-quality pen and typically disregard the cost regardless will be much more justified in doing so with the Peerless TrackR.