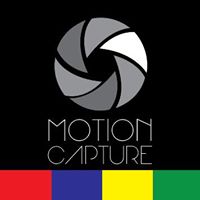 Motion capture is not new to film, nor is it any longer a particularly difficult thing to do. Simply put, motion capture (mocap or mo-cap for short), is the process of recording the movement of objects or people. This has applications beyond filmmaking including many fields such as sports, government, military, medical, and robotics. Its main use to date, however, had been in the enhancement of films using computer technology to either add realism or place elements it would not be safe, practical, or financially advantageous to do otherwise. While referred to as motion tracking when used for other purposes, in filmmaking and games this process more commonly refers to “match moving.” This is a cinematic technique allowing for the insertion of computer graphics into live-action footage and takes more skill to do so with the correct position, scale, orientation, and motion. This means that, at its most advanced, only high budget films can achieve truly professional results and must rely on professional cinematographers as well as a huge staff of animators. It can take a lot of money and a great deal of skill to get the cleanest, most realistic results as well as to insert computerized elements into a film that are all perfect relative to all of the objects or actors in the shot. This does not mean that others cannot use it effectively, though that has been the case in years past. Now, with advancements in tech bringing the necessary software to utilize motion capture to users commercially on a much larger scale, it is possible for more and more less professional videographers to use without needing the money or professional expertise formerly needed. Not only that, but evolving tech makes it much easier and faster to use to a smaller extent.

Typically, motion capture requires special cameras and sensors and a controlled environment, while match motion or motion tracking includes the use of software applied to normal footage recorded in uncontrolled environments with an ordinary camera and no special equipment. Special equipment, of course, means specialized help from experienced professionals to fix. Motion capture is already in common use in many households and has been for years, however, particularly in gaming. This includes such advances as the Kinect, a line of motion sensing input devices produced by Microsoft for its Xbox 360 and Xbox One video game consoles as well as Windows PCs. First released in 2010, it allowed gamers to control and interact with their console or computer without the need for a game controller, providing a natural user interface operated via gestures and spoken commands. The Kinect was a progression of the webcam-style add-on peripheral, and models released before the Kinect looked almost exactly like a webcam. All consoles now have something akin to the Kinect. These include the Wii Remote Plus for Wii and Wii U, PlayStation Move and PlayStation Eye for PlayStation 3, and the PlayStation Camera for PlayStation 4. While Microsoft has discontinued the Kinect, the technology employed continues to evolve. Touted as the future of gaming and possible the future of computers everywhere by such tech publications as Gizmodo in 2010, Apple bought PrimaSense, the developer of the Kinect sensor, in 2013 and now uses it in the iPhone X.

Motion capture tech has come a long way in film as well as in uses that are more commercial. The technology was revolutionary at its inception, using an accessory that emits thousands of infrared light beams that capture the motion of whatever object blocks the beams. In both film and gaming, techs can use motion capture to animate athletes, martial artists, and myriad other characters. However, even this use of the technology is older than many might realize, as the Sega Model 2 first used it in its arcade-style game Virtua Fighter 2 all the way back in 1994. Many would also fail to realize that the use of motion capture in video game development had become commonplace by 1995. Movies, meanwhile, have been employing some form of motion capture far longer. In fact, computers and software are not even necessary for the process in its most rudimentary form. The first person to see the advantages of motion capture and actually use it was Max Fleishcher in 1914. Fleischer was a pioneer in the development of animation and founded Fleischer Studios. He invented a technique he called rotoscoping in 1914, a method of creating cartoons by tracing trace over frames of live-action film to give cartoon characters more fluid movement and a more realistic, almost photographic, look overall. The first use of rotoscoping in a feature film was in Disney’s Snow White and the Seven Dwarfs in 1937.

Motion capture now utilizes much more innovative and technologically progressive methods now, of course. While much of its use is in entertainment, such as game developer Unreal’s progress in creating a new technological concept known as “Project Spotlight” to project an actor’s facial expressions onto the face of a digital alien creature in a game, there are important implications for the tech in other fields as well. Cell phones such as the iPhone X will continue to improve upon innovations like the Face ID system, a depth-sensing infrared camera using software that creates algorithms to map faces. This is already proving to be a big step forward in keeping tech devices safe from unauthorized use. Motion capture technology is also now in common use for medical purposes. Currently, its most common use is for gait analysis, which doctors can use to identify problems with posture or injuries and help physical therapists and surgeons choose the right treatments for such problems. Healthcare professionals are looking into a variety of different applications for the technology, including the connection between the brain and body motion as well as hand-eye coordination. There are promising applications in the treatment of conditions such as Cerebral Palsy, and it is already assisting doctors and medical technicians in using advanced diagnostic equipment such as MRIs and helping them to improve skills such as endotracheal intubation.

Motion capture can clearly help people in amazing ways. It aids the work of research centers and private medical practices, schools and has applications for film and TV, rehabilitation, and sports, and in many other ways. It has helped wounded soldiers and athletes in their rehabilitation as well as improving form to help develop skills in younger players. While this is beneficial, there will be many changes with motion capture, likely all positive. What most of this will apply to will be accessibility and ease of use. High-quality motion capture tech and the equipment necessary to use it previously required skill and expertise as well as money, making it difficult for local communities to benefit from it. As this technology becomes the norm, local clinics and surgery centers, amateur filmmakers, non-professional athletes–essentially everyone–will have access to it. Not only that, but its use will improve with the ever-increasing speed and power of computers to play a more significant role ore commonly. Where it once took at least a week or two to train somebody to use motion capture and set it up, it can now be running in a day or two. Cameras are becoming smaller and more powerful, meaning less space needed to set up a motion analysis lab. Finally, while a system capable of producing the accuracy required for medical assessments previously cost over $100,000, it is now affordable for many more small institutions. Simply put, motion capture is more accessible and simpler than ever, and it is clear this tech has many implications for the future.