Logitech’s Harmony Elite is the Evolution of the Universal Remote 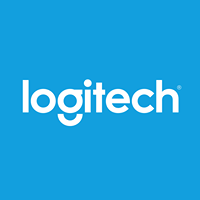 Not too many years ago, the idea of a “universal” remote was a novelty, but one that was realized in 1985. At the time, that meant little more than the ability to operate the TV, VCR, and a few other devices and could control little more than power, volume, and other basic play controls. 1987 saw the release of the first programmable universal remote, allowing those who were more technically capable to do more with it. The next step in this evolution was a universal remote with the ability to upload its settings to a computer. Later iterations of the universal remote had Macro programming, allowing a user to program command sequences to be set the press of a single button and an LCD built into it to display status information. To say that universal remotes have come a long way in the years between then and now is something of an understatement, particularly given the arrival of arguably the best ever made: the Logitech Harmony Elite.

It is always a given that the most advanced technology will need the most advanced solutions for its care, and this remarkable universal remote is no exception. The most remarkable thing about the Harmony Elite, perhaps, is just how universal it really is. While advanced models can controls many devices at once, Logitech claims this one can control just about any electronics you may ever own. In fact, it supports over 270,000 devices in all, which to this point has been an unheard of number. This includes TVs, gaming consoles, streaming devices and, of course, many more. It also has full wifi and Bluetooth connectivity via the Harmony Hub.

Logitech’s Harmony Elite works on multiple devices in every room, completely connecting your home and all its electronics. Replacing the LCD screens of old is a built-in touchscreen with a crisp, clean, easily readable display. You can not only use the remote on its own, but you can connect it to your smartphone or tablet and download an app in order to turn any mobile device its own universal remote in conjunction with the Harmony Elite. Devices are automatically sorted into categories or you can do this on your own, and you can set all your connected devices to simple single touch controls on the touchscreen. In a world constantly striving toward complete connectedness, the Logitech Harmony Elite achieves that very thing right in your own home.