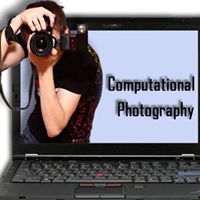 Photography has existed for over 150 years, and photography has been a hobby everyone could enjoy for around 100. The term “computational photography,” (also called “computational imaging”) of course, is a much more modern term that goes far beyond what traditional photography has to offer. Its purpose is to overcome the limitations of traditional photography using tech. It utilizes the newest developments in photographic technology to improve everything from optics and sensors to composition, style, and more. Its intent is simply to improve the way photographers process, manipulate, and interact with arguably the most simple and basic form of visual media available to us today. While some still prefer the raw nature of traditionally taken photos, computational photography is a means of which everyone can take advantage to improve the quality of the photos they take. This means it has application for those who do not know the technical aspects of photography as well as for professionals, and especially in the professional realm. It provides obvious advantages in business, web design, presentation, the legal field, medicine, and much more. While as a hobby it may have its detractors, there is no denying the benefit it could provide when the quality of clarity what one can see in an image can make a very important determination.

While one might very simply be able to summarize computational photography as a means of using technology to improve still images, there are many elements to this. Firstly, it is important to break down the many things people could broadly mean when they refer to it. It includes any method of creating an image that requires a digital computer, and its first use was in medical imaging and remote sensing. It can refer to any technique using a computer, mobile device, or other piece of tech used to enhance or extend the proficiency of digital photography. In addition, it can apply to an ordinary photograph that would be impossible for a traditional camera or a photograph using a specially enhanced camera, but it also applies to any technique used after the taking of the photo in order to enhance it. It may still require skilled experts to create the best photos, but it allows for the rankest of amateurs to create better images than they ever previously could and speeds the process dramatically.

Computational photography allows someone to take a variety of data from images or image sensors and uses an algorithm to produce a photo that would be impossible to capture with film photography or digital photography in any sort of conventional form. The image data assembled can then produce HDR, or High Dynamic Range, photos or simply photos that capture both light and dark areas well. With growing photographic technology, it is now possible for someone to fuse images from multiple cameras into a single image. This is even true of some newer smartphone models such as the Google Pixel 2 and the iPhone 7 Plus. That means that someone with absolutely no photographic expertise can take much crisper, richer, higher quality images in a single shot using a synthetic zoom that can look nearly as good as one produced via optical means.

While computational photography is now a focus in all major smartphone models and some standalone digital cameras, it is still in its beginning phase. Researchers for all of the biggest digital media companies including Google and Facebook are working to advance the concept further, and many in the field claim to have many new ideas in circulation that will make be making their way into hardware. These ideas will mainly implement themselves as a regular part of smartphone design. Smartphones have, in fact, become the largest platform for photography and the utilization of new and innovative imaging techniques. The iPhone’s iOS 4.1 release in 2010 introduced computational photography in smartphones available to consumers. Before image-editing software, photographers would “bracket” shots by picking among their photos and using darkroom techniques to combine them. The typical practice was to take multiple images manually or with automatic settings at different exposures or other settings, and the iPhone could now do this automatically. Photoshop and other apps could combine different exposures of the same space very effectively, and there were even iOS apps available for purchase that already offered this feature when iOS 4.1 went to market.

Professional photography may seem less popular now that everyone can take his or her own pictures at a much higher quality than used to be possible, but it is still widely practiced. The difference now is in the equipment (or lack of equipment) necessary to get the full range of effects it formerly took a truly expert hand and eye as well as a lot of time to produce. Also, whereas one in past years would have needed to take a broken camera to someone with a very specific and specialized set of skills for repair, nowadays any computer tech can provide the help needed very quickly. Even DSLR cameras are pieces of digital tech rather than the analog tools they used to be. Amateurs can take better photos than they ever could have before the modern tech revolution with any mobile device. Not only that, but it can be the same mobile device they carry in a pocket and with which they are always connected to the outside world. Photographic technology is developing as rapidly as any other form of tech, and this actually allows many more enthusiasts to take advantage of it rather than keeping it specialized.

While people can use smartphones and tablets to take photos and computer programs to edit them, there will still be true professionals in the field of photography. It will still require those with a keen eye and artistic skill to create truly great photos. That said, computational photography opens the door for more people to explore it, and those with a creative focus can do more with finished photos than ever before. The evolution of technology continues, and there are companies focusing on creating specific tools for taking photos until mobile technology can truly catch up with DSLR photography. One such example is the Light L16, released in July of 2017. It uses a revolutionary folding optics design, an optical system that has been in use in the most advanced binoculars for some time. This means that it can capture images from very far away with greater clarity than any camera before it. Its creators claim it offers the control and ability of a DSLR with the convenience of a smartphone. It has 16 individual cameras and fires 10 of them simultaneously from varying lengths using three different types and ranges of lenses. It then fuses all the images together to create one very high-resolution file.

Computational photography is the future of the art, and it still has quite a ways to go. Future developments will allow 3D object capture and video capture as well as applications for virtual reality and augmented reality. Advances in computational photography will allow for better real-time AR interaction. Many apps available on the market currently have included now commonly used elements of computational photography. Instagram, which is perhaps the most obvious and widely used app strictly for photography, allows you to make dozens of different types of editing changes simply and quickly. In the future, these choices will continue to grow and improve while the quality of the photos taken will improve as well. It does not seem that it will take many years for smartphone technology to reach DSLR technology at the rate at which it is moving, but time will tell just how soon it happens.