Is the Pixel 2 a Good Choice for Your Smartphone Needs?

Posted on February 9th, 2018 by RESCUECOM 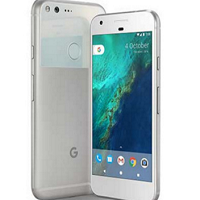 With all of the options available and new developments coming out every year, choosing a smartphone can be quite a challenge. There are almost innumerable factors to consider, and making the wrong choice can leave you stuck with a phone you hate sometimes for years before you can afford to make such a choice again. There is one widely agreed upon choice as one of the best phones ever available on the market: Google’s new Pixel 2. It is one of the newest generation of smartphones and, by the estimation of tech experts on such sites as techradar.com, CNET, and Computer World, one of the best phones ever created. The question that we must ask, then is this: what exactly set is apart from other phones, and do those differences justify its place as one of the most talked-about new mobile devices?

Because it is a Google phone, you will need to address any mobile tech support needs you may encounter with a company that has expertise in iOS devices. Many consider it likely to be very reliable given the track record of Google’s original Pixel phone, but it is really too early to tell whether or not that is the case. There are some things that may drive you to choose the Pixel 2 right from the start, which can include battery issues still unsolved by Samsung as well as the now well-known fact that Apple deliberately slows down older iPhone models as their batteries age. At roughly 6” x 4”, it is large enough to see its beautiful display without being bulky or clunky. Google Assistant has also proven to be comparable to Apple’s Siri, while other similar software and voice assistants have proven less effective. Google also promises unlimited photo storage, which is amazing but also means system recovery will be vital if you have thousands of photos saved that you suddenly cannot access.

If you are have seen a commercial for the Pixel 2, you may think the entire focus of the phone is on its camera, photo taking, and photo storage ability. There is a good reason for this: Google’s focus was to build the best smartphone camera on the market. The Pixel 2 received an update of its Pixel Visual Engine, which is a custom chip that hastens some processing tasks. That includes running artificial-intelligence software and using software to create “HDR+” photos that avoid dark shadows and blown-out highlights. It also has RAISR, (Rapid and Accurate Image Super Resolution), which takes a different approach from ordinary digital zoom. It uses a machine learning system trained on real photos to make more intelligent guesses at filling in details. Aside from the camera, the Pixel 2 has powerful dual front-facing speakers, very fast processing power, memory, and storage, and a water-resistant body. These things combine to make one of the best new phones available today.