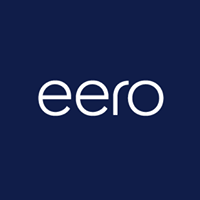 While wifi in the home is a luxury decades old, not everyone initially used it for more than one or two computers. In the beginning, these connected to the Internet via dial-up, but home wifi became more of a practicality with the use of laptops, the development and release of devices such as wifi connected printers, and the rise of activities performed mostly online such as gaming. Things have advanced far beyond that, now. Everybody has a cell phone, most homes have at least one tablet, we now use smart TVs, and we live in fully connected homes with Internet connectivity extended to everything from security systems, thermostats, lights, speakers, portable wireless assistants like Echo and Alexa, kitchen appliances, and even light bulbs. Unfortunately the large numbers of devices we use in the home and the fact that said homes were not built with technology that its builders could not fathom in mind can lead to wifi problems. Fortunately, however, a startup called Eero has a solution.

Eero’s solution to the problem of spotty or slow wifi was to create a set of routers that connect to one another in order to form a “mesh network,” allowing user to set up multiple units in a home for more even, reliable coverage. Eero’s new second generation routers are even better, and the entire system includes just a single hub and one or two small “beacons.” Of course, this is next level technology, so a problem could affect connectivity to all your devices and should be left to capable computer experts should the need arise. With that in mind, you simply connect the hub to your cable modem and find the ideal spots in your home to place the two beacons, which plug directly into any outlet.

Eero boasts that its router will increase the speed and connectivity of your home’s wifi fairly dramatically as well as increasing its coverage by a full 30% and, according to reviews from publications like Business Insider, CNET, and The Verge, these claims hold true. Of course, as with your home wifi networks before Eero, you will still need to be mindful of the obligation of maintaining and repairing it as necessary to keep it running well. There are some nice perks to such a simple but effective system as well; the beacons never look out of place, even in a bathroom or bedroom, and they even emit a soft light to perform as a nightlight. You are only adding more devices to your home network, and Eero is the answer to keeping your wifi running smoothly.