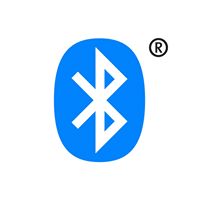 Until recently, relatively speaking, a high-tech setup necessarily involved a mess of wires. While it would be impossible to overstate the benefits of the technology that made this necessary, all of the wires needed to run various tech was still problematic, even if bundled as best as anyone could manage. It meant that one had to maintain a specific position in a room unless using extension cords or power strips, which in themselves further added to the mess. On top of that problem, so many cords together could easily tangle together and the stretching of cords everywhere posed a tripping hazard, not to mention the electrical danger as well as the cost of running so much electricity at once. With all of the different peripheral devices and accessories we love to use with our computers, we needed a solution, and one of those solutions was the invention of Bluetooth. What exactly is Bluetooth, though, and how does it work? The basic, overarching answer is that Bluetooth was the perfect solution to several problems caused by tech. Firstly, it solved the issue of the excessive need for cables and cords. It also provided hands-free solutions for tasks that previously could not be or, at the very least, could be with some difficulty (or more cords). Another benefit was the ability to pair numerous devices together to access much more quickly and easily without the use of anything extra. Simply put, it is a wireless technology that allows the exchange of data between mobile devices, computers, accessories, and more over short distances. Technically, it is a newer technology that utilizes much older technology, as it actually operates using radio. Specifically, it uses FHSS (Frequency-Hopping Spread Spectrum), which is a method of transmitting short-wave radio signals by quickly switching a signal among many different frequency channels.

The trend in technology has always been to go from larger to smaller (we now carry computers with thousands of time more processing power than those that once took up entire rooms in our pockets) and from wired to wireless. Wires appropriately meant restriction, reliance on a nearby power source, and complete lack of portability. Interestingly, in an age in which so much technology rapidly makes way for the next, Bluetooth is one that, rather than being replaced, simply improves with constant upgrades. This indicates that it is an extremely viable solution that will remain for many years to come. This means that you will want a computer solutions provider that has been able to adapt to growing technology over the years and will continue to do so if you ever need help with your Bluetooth-connected tech devices. Wireless communications have been around for a long time, beginning commercially with radio receivers and television sets in the home picking up programs traveling hundreds or even thousands of miles through the air to get there. Then came cordless phones, using similar tech to carry calls from a handset to a base station somewhere in a house or office. Wi-Fi, now in almost every home, office, and business worldwide, lets your computer or mobile device send and receives a constant stream of Internet data to and from a router. All these technologies involve sending information not along cables, but in radio waves traveling invisibly through the air, and Bluetooth is essentially similar radio-wave technology mainly designed for communicating over shorter (typically very short) distances. It is, in other words, a “short-link” radio technology that allows all types of devices to communicate with computers and each other.

The benefits of Bluetooth as a wireless means of communication and connection are myriad. It offers a solution with very low power consumption through the use of transceiver microchips that are extremely inexpensive to produce and relatively simple when compared to even other microchip applications. As it operates via use of radio, devices do need to be nearby but do not have to be in sight of each other. This aspect may seem fairly basic to us now, but it was revolutionary when the tech first emerged on the market. Another helpful thing about how Bluetooth works is that the ability of one enabled device to discover another enabled device, and the subsequent setup for connection, is much simpler than with other means of connecting devices. Tech devices that work using Bluetooth have built-in radio antennas that serve as both transmitters and receivers in order to simultaneously send and receive wireless signals to and from other Bluetooth-enabled devices. Most newer desktop computers and laptops come with Bluetooth already built in, but not all do yet. One that does not can use an adapter that lets it communicate with other Bluetooth devices. If desired, you can convert older devices to work with Bluetooth using separate external plug-in adapters in a variety of formats such as a USB stick (called a “dongle”), laptop cards, and more. Bluetooth sends and receives radio waves in a band of dozens of different channels at a very specific frequency that emits very little power and is inexpensive to operate. Several devices can connect to each other at once without interference with each other because each set of paired devices uses a different channel, using FHSS to randomly switch until they find a free one.

Common belief is that Bluetooth’s limited range makes it more secure than wireless networks like wifi that operate over longer ranges, but this does not mean it is free from any online safety risks. Wired communication is always more secure than wireless because it is easier to catch information traveling through the air simply by being close enough to a wireless transmitter to catch the signal than it is to crack a wired transmission. The most common solution to this problem is to encrypt (or, essentially, “scramble” communications from) wireless networks. As with wifi, you can encrypt Bluetooth communications. There is also device-level security, through which you can restrict certain devices to connect only to specific trusted devices. For example, you may allow your cellphone to be operated only by your Bluetooth hands-free headset and nobody else’s Bluetooth. Another security measure usable for Bluetooth is simply to restrict what different enabled devices are able to do with other enabled devices; this is a method called service-level security. There are, nonetheless, some issues that can arise if you fail to take the necessary precautions. While not nearly as common as criminal attacks on wifi networks, there are some problems specific to Bluetooth, specifically three main forms. The first is bluebugging, which means simply that a criminal takes over your Bluetooth device without your knowledge. Bluejacking is a Bluetooth-specific form of spyware in which where software sends messages to other people’s devices, often for the purpose of advertising. Finally, there is a method called bluesnarfing, whereby someone can connect to your device through Bluetooth in order to download information from it that is can then send to another device. It is still fairly uncommon for criminals to focus their hacking efforts on Bluetooth, but it does happen, though it is easily avoidable with simple safeguards.

One of the first uses of Bluetooth was for the purpose of making hands-free phone calls, particularly while driving. This was a highly lauded commercial application that came around the same time that several states, New York being the first, were considering passing or actively passing laws banning the use of cell phones while driving. The more basic versions were wired accessories that connected to a cell phone’s headphone jack and included an earpiece and a small microphone connected to the wire. Less obtrusive designs included an earpiece and microphone in one small unit that one could activate with the press of a button that made up a portion of the unit’s body. The use of Bluetooth to connect a mobile phone with a hands-free headset proved incredibly useful and popular. Now, many devices use Bluetooth such as computers, tablets, speakers, media players, gaming consoles, modems, printers, watches, car stereos, and just about every device imaginable. Somehow, the list continues to grow. The many common uses of Bluetooth now include playing your music on a streaming service from your phone or tablet in speakers all over your house, connecting wireless controllers to a game console, using a mouse, keyboard, or printer wirelessly, collecting data from a wearable fitness device on a mobile device or computer, and more. Recent innovations include high quality wireless earbuds, Bluetooth beacon technology that enhances the retail experience, and even Bluetooth-enabled clothing that can charge and even track mobile devices. There is very little technology we use anymore of which Bluetooth cannot improve the function in some way, and its applications are only growing. It has undergone many upgrades since its inception in 1994, and the current version, Bluetooth 5.0, allows for the best ever speed, range, and broadcasting capacity, as well as allowing for unique features like the ability to stream audio on two pairs of wireless headphones at once. Time will tell what advancements this amazing technology will continue to provide.