WiFi Offers the Best Internet Connectivity, But What of its Future? 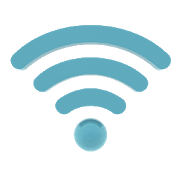 Everyone knows what WiFi is, or at least what it does for them. It is something more people use now than ever before in human history, and the number continues to grow. It has pervaded everyone’s life and brought us the world in a way never possible before the modern age of technology. WiFi gives us the potential to see and know more than we ever thought we could and communicate with people around the world with which we would never have had contact as recently as a few decades ago. What exactly is WiFi, though? Many people who know the ins and outs of what it does would find this a difficult question to answer, as simple as it seems. The dictionary defines it as “a facility allowing computers, smartphones, or other devices to connect to the Internet or communicate with one another wirelessly within a particular area.” Most think it basically is the Internet, and almost everyone knows it at least as something allowing us to connect to it. There are many nuances and specifics to it, however, ones this definition cannot really clarify. Its purpose, certainly, is to allow us to connect to the world of the Internet which allows us to see, hear, and know more than previously imaginable. It allows us to do this anywhere at any time, as long as a connection is possible. It is the specifics which can confuse people, and only the more technically-minded can really know exactly how WiFi works, the difference between it and the Internet, its history, how it can evolve in the future, and its various applications. If you are not a tech-savvy person, chances are you do not understand these things, but it is really not particularly difficult once you know the essentials.

Contrary to the belief of many, WiFi is not short for “wireless fidelity,” though this belief is widespread even among those who would think of themselves as technically adept. WiFi’s major introduction to the public came in September of 1998, though it occurred on a smaller scale in 1997 and the commercial branding of the term did not occur until about a full year later. Of course, even those who do not consider themselves to be very technical will recognize the Internet had existed for some time when WiFi came onto the scene. Knowing this, it is easy for even the least technologically astute person to determine WiFi is not Internet connection or the Internet itself, but a more modern means of connection to it. It is actually a technology utilizing radio waves to provide Internet connectivity via wireless local area networking. The difference is the use of specifically IEEE 802.11 standards to do it. This is where it gets very technical: IEEE 802.11 is a set of media access control and physical layer specifications allowing computers to communicate with each other at very specific frequencies. Only professional tech specialists will really understand what any of this means, and it is really not necessary for others to know the ins and outs of it. What is most important to know about what WIFI is and how it functions is it is what enables home and office networks to allow everything from PCs, laptops, printers, tablet, smartphones, wearables, and any other Internet-connected tech to talk to each other and access the Internet without connecting wires. It is part of the technological revolution marking the end of wires as being necessary for everything, and the emphasis on its evolution has grown to envelope many more aspects of its functionality.

The emphasis on improvements to WiFi now mainly involve greater speeds and increased Internet security, especially on public networks. The use of WiFi not only allows people to have Internet at home or the office, but made the use of WiFi in businesses common. This meant people could spend hours at their favorite diner, restaurant, coffee shop, cigar shop, or any other local hangout, and free WiFi quickly became an incentive for people to spend more time and money at businesses providing it. These networks may be password protected, but some public ones are not, and we are all familiar with the warning on our screen when an open network does not have secure access. Sometimes, you connect to these open networks at your own risk. Thus, making WiFi more secure is a multi-million dollar business for several major companies and thousands of smaller ones around the world. The main emphasis on developing WiFi other than online safety is speed. This will come with technological innovation, though there are many companies offering products to help people connect more devices with greater speed on their personal or business networks. The manner in which WiFi works is relatively basic; a wireless router establishes a connection utilizing radio waves at a specific frequency to create something called a “hotspot.” Hotspots are areas within the vicinity of the wireless router producing the signal making it possible to see the network, recognize it, and connect to it for Internet access. The WiFi provides connectivity to all devices carrying its specific frequency. Many people do not realize it is possible to connect to WiFi but not the Internet and vice-versa. A radio tower broadcasting its network will not stop broadcasting its signal if it is no longer receiving the Internet itself, but devices can still communicate with each other over the WiFi signal emitted.

It is easy to see how and why WiFi became the most popular and nearly exclusive means of connecting to the Internet. Radio technology has been in use for over one hundred years, so it simply took advantage of already longstanding tech. Every device created now has an access point giving it the potential to connect to the Internet or other connected devices via WiFi. This has evolved from computers to include mobile phones, then eventually video game consoles, and now wearables, and there is now very little, if anything, excluded from the list of devices with WiFi connectivity. It makes no difference what brand someone is using or how many different types of devices from any number of manufacturers; all can be WiFi-ready and all can connect to the same network and, thus, each other. Generating a network does require a router plugged into a connection port, and this router must have a wired power supply. It will be interesting to see in the future how these devices become wireless themselves, how they will function, and how soon this will occur. For the time being, though, very little technology is completely free from the use of wires, and WiFi is not an exception. It is interesting to note, however, how heavily dependent people are on the Internet, and this makes WiFi an increasingly prevalent resource worldwide. There are now countless companies, some of them among the largest companies in the world, selling WiFi as a utility. These companies sell Internet the way utilities companies have been selling electricity, natural gas, and other utilities for decades, and Internet is quickly gaining status as being every bit as much a necessity for daily life as any of these things.

It is clear the Internet has a long future ahead of it, so the question becomes one of WiFi’s longevity, its practicality, and its potential as the continuing means of access into this future. The answer is WiFi is only becoming more prevalent, and the largest tech companies in the world are seeking to build off of it rather than searching for alternatives. This certainly implies WiFi has a future ahead of it as the premier method of Internet access. There seem to be many reasons for this, including ease of use, ease of access, use of pre-existing technology, low cost and the potential for income without imposing high charges among others. WiFi companies or state authorities who want to provide Internet services or even to promote business in selected areas sometimes provide free WiFi access at little cost to themselves. Businesses can provide free WiFi hotspots to attract and retain customers, and even airports and the like can keep people from tedium by providing it. People can make their own laptops or cell phones wireless hotspots via special equipment and small additional charge, making Internet access possible even when a network is not available. It is becoming increasingly more difficult to find anyplace not offering WiFi in some capacity. WiFi can also connect places which normally do not have network access, and it can connect any Bluetooth-enabled device to play anything users want to hear online. Google is even using WiFi to provide access to the Internet in remote rural areas, including isolated locations in Africa and Asia. Many cities have begun projects to create citywide WiFi networks, some of these projects having begun only in the early 2000s and some beginning only within the last few years of planned for the future. Knowing these things, we can confidently assume WiFi does have a long future ahead of it, and time will tell what improvements we will see in achieving greater Internet access than ever.

One Response to “WiFi Offers the Best Internet Connectivity, But What of its Future?”