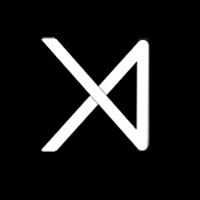 Like many innovations just coming to fruition, smart glasses are a technology people first began dreaming of long ago. Wearable tech has always fascinated people, though until the modern age of technology it was impossible to pull off, and the idea of a wearable display has been arguably the most fascinating idea to people for some time. In fact, while Thelma McCollum’s name might not be one everyone knows or thinks of when they think back on great inventors, she actually has patents for dozens of new technologies in the 1940s and beyond. One of these was a patent for a device she referred to as a “stereoscopic television apparatus.” This was in 1945 and, sadly, became largely forgotten. It was not until some fifteen years later or so, in 1960, anybody really began taking the idea of a wearable display with any seriousness. While nothing really came to a real fulfilment, Morton Heilig fascinated people with the idea. Nobody at the time could believe it was even possible but, sure enough, Heilig applied for and received a patent for his own, less bulky, version of a head-mounted display. He followed this up in 1962 with his patent for the “Sensorama Simulator,” a virtual reality simulator complete with handlebars, a binocular display, a vibrating seat, stereophonic speakers, cold air blower, and a device close to the nose which would generate odors according to the action in the film. The intention of this device was to completely immerse a film viewer in every aspect of the film in a way we still cannot quite accomplish, but it was a bold effort to be sure. Obviously, the sheer bulk of such a device made its use impractical en masse, but he did create his dream via an arcade-style machine which played a 3D film along with stereo sound, vibration, smells, and wind. With this machine, he achieved his dream of creating a completely immersive sensory environment, but it would be several more years before the dream of making a truly wearable device would occur.

When someone did manage to make a device which was, in fact, something a user could wear, it did not involve all of the senses as the Sensorama Simulator had. Ivan Sutherland, already an accomplished and respected computer scientist and one of the foremost experts in computer graphics, created it in 1966 with the help of a student. Many experts consider it to be the first computer-based head-mounted display. It used two cathode ray tubes, the same tech used in the displays of television sets at the time. The wearer mounted one beside each of his or her ears, and half-silvered mirrors reflected images to the user’s eyes. It required a separate piece, which in fact was another system entirely. This piece determined where the user was looking and projected a wireframe image to each CRT so it looked like a cube was floating in mid-air. While it was wearable, it was not a simple system at all. In fact, the majority of it attached to the ceiling above the wearer’s head. It had an appearance some considered formidable as it loomed above whoever was wearing it, and Sutherland gave his system the nickname “Sword of Damocles.” While using The Sword of Damocles, its user needed his or her head securely fastened into the device to perform the experiments. There were, of course, still plenty of kinks to work out. In the beginning and for some time, the various components of the device did not fully integrate with one another, but it did work. Sutherland had his own ideas about what virtual reality would look like in the future, but he speculated a wearable headset would play some part in computer development and technology before its ultimate manifestation, which he described as a room in which, while software-designed, every element would be usable to whomever was in it.

In 1967, just one year after Sutherland created the Sword of Damocles, Bell Helicopter Company began testing on early camera-based augmented reality systems. In one of its earliest designs, developers paired the head-mounted display with an infrared camera. The goal was to give military helicopter pilots the ability to land at night in any kind of terrain, no matter how difficult.  They mounted the infrared camera, which they designed to mimic the movement of the pilot’s head as he moved it, on the bottom of a helicopter. The pilot’s field of view was exactly the camera’s field of view. This was as far as head-mounted displays got for more than twenty years. These examples never went into mass production and few people ever actually used them, but the potential began to grow with the breakthroughs in software design and computing marking the beginning of the computer age in the 1980s. It took some time but finally, in 1989, not one but two potentially usable computer-based headsets came out on the market. The first was called “The Private Eye,” developed and released by Reflection Technology. Reflection Technology, Inc., apparently obsessed over wearable HUD-type tech, as the next device they created was a pocket-sized fax machine with a Scanned Linear Array display (think Nintendo’s much maligned Virtual Boy) before they went under. The Private Eye was its greatest achievement, a head-mounted display which scanned a vertical array of LEDs across the user’s field of vision via the use of a vibrating mirror. The monochrome screen was 1.25 inches but could create images appearing to be 15 x 18 inches. Also released in 1989 was the Leep Cyberface, the first attempt at a head-mounted virtual reality display, displaying computer graphics rather than merely photos or video feeds and the predecessor to the Oculus Rift.  The Cyberface came with much more than merely the headset, however, also requiring the use of a chest-mounted computer board and outer controls connected by a cord to the headset itself. In fact, the entire device was a mess of cords, but it was a genuinely usable virtual reality headset and the first made and marketed commercially.

The 1990s saw the explosion of wearable technology, including many attempts at headsets, glasses, and the like. The technology never really merged in a practical fashion, though, until well into the 2000s. Several workable prototypes of a glasses-like or glasses-mounted computer display came onto the market with varying success, but none ultimately ended up winning many people over. In April of 2004, a little company begun as a PhD research project focused primarily on keyword advertising and website SEO ranking called Google, Inc. went public. It took was, arguably, the first wearable optical smart device to receive massive public attention. This was due possibly to the fact Google was on a meteoric rise as a company, and they looked fashionable and functional at the time of their release. They were also very different from wearable head-mounted tech of the past. The glasses had a small screen connected to them, which projected information clearly and even offered an early form of voice activation. Another new, welcome element to Google Glass was the lack of with clunky equipment attached, including cameras, extra appendages, and microphones. These things made early attempts something of an eyesore and easily led to unwanted attention rather than admiration. Google Glass almost looked like regular glasses with only the screen, which was a much smaller attachment then previous glasses had. While a prototype was available to qualified customers (called “Glass Explorers”) in April of 2013, they became available to the public wholesale just over a full year later. Google discontinued production in early 2015, however, due to issues its engineers simply had not worked out. Google is still working on Glass and has released Enterprise Edition for business as well as informing consumers of potential future uses in healthcare and other industries.

What made Google Glass exciting was the potential for smartphone functionality in a small wearable device, with images streaming directly in the field of vision and without any wires or cumbersome gear connected. The future of smart glasses is wide open, and several companies have prototypes in development or have produced a model for the consumer market. Who will dominate, if anyone, remains to be seen. Most good models on the market are the creation not of the typical computer companies one might expect, but companies like Vuzix and Recon. Some come from surprising sources like Epson, a company long focused on printers but moving into optical tech. There are some smart glasses available from sources which are less unexpected, such as the SSG-5150GB 3D Active Glasses from Samsung as well as, of course, Google Glass Explorer Edition XE-C 2.0. Intel is also in the market with its new Vaunt glasses. Forthcoming smart glass models will serve many more functions than ever thought possible, available with prescription and/or protective lenses and now moving into augmented reality rather than standard smartphone function. For form and fashion as well as functionality, the future of smart glasses is one with potential for explosive and exciting growth.