How Much do Virtual Assistants Really do for Us? 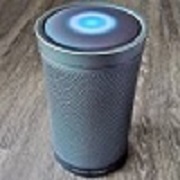 The so-called “virtual assistant” seems like a natural progression in the evolution of our technology. Just about everyone wishes they could afford to have a personal assistant and, until the modern technological age, only certain people could afford to do so. Sure, parents help their children by getting them up for school in the morning, friends help us to remember or perform everyday tasks, and almost everyone has got someone in their life who can perform some sort of assistance for them. Only within the last few decades, however, have we been able to say our tech can serve the same function as having a personal assistant walking around with us every day would. We refer to the ability of our smartphones and mobile devices in particular to provide these services to us as virtual assistance. The software programs which would qualify as such we call virtual assistants, of course, but the questions are myriad. What exactly are they, what exactly can they do and to what extent, and what will be their function as tech develops and how much will they be able to do in the future? We are all, for the most part, aware of the many things our cell phones can actually do, and so much so most of us take for granted a simple but profound fact: getting the kind of help we can simply reach into our pocket for now used to be impossible. Virtual assistants are nothing more than software, but they accomplish a vast number of things we no longer have to do manually. As is the point of such technology, this saves us more time, money, and effort even those of us who lived before cell phones and mobile tech may often fail to realize.

Just what can a virtual assistant do for us? To answer this question, we need to realize our phones and computers have so much software that performs menial tasks for us we fail to understand how much we rely on them and how many we depend on daily. Whether we call them virtual assistants, automated personal assistants, intelligent personal assistants, or any number of other things, they are pervasive in our everyday lives. These seemingly simply software programs can perform more and more services on our behalf as the tech involved in their use develops. For the most part, they require a few things to use: location cognizance, the ability to access the Internet to glean information from it, and, in most cases, a bit of user input. Thus far, we count on a virtual assistant for such basic tasks as getting news and weather forecasts, traffic reports, stocks, and other things for which the Internet may be required. It often is not necessary in a virtual assistant, though, and many have been essential phone functions for years already. These include scheduling apps and widgets and the like, perhaps dozens or so of which have come standard on all phones for as long as some of us can remember and for the entire lives of younger generations at this point. It is important, however, to distinguish intelligent automated assistants and smart personal agents as subcategories of virtual assistants, and they do not all perform the same types of functions. All of them, whatever their specific nomenclature or function, are forms of virtual assistants, however. It is important to understand the differences between these and what types of software particular apps, widgets, and programs identify with each.

Intelligent automated assistants perform specific, one-off tasks specified mainly by a user’s voice instructions. Thus, all voice-activated assistants fall under this category. These include such well-known software from major companies like Google, Apple, Amazon, and Microsoft and include Alexa, Siri, and Cortana. Just about every other tech company is looking to develop voice activation tech, though this mostly involves creating devices to use one of these major voice assistant programs. Some examples of these include the LG ThinQ Smart speaker using Google Assistant, the Lenovo Smart Assistant with Alexa, and just about every tech company has developed at least a smart speaker. Some generic companies are also making use of tech from major name brands, leading to devices like the Harman / Kardon Invoke smart speaker, which uses Cortana, Insignia’s Voice using Google Assistant, or a variety of JBL smart speakers which also utilize Google Assistant. Of course, perhaps the most popular devices using voice-activated virtual assistance tech are those developed by the tech giants creating the virtual assistance software itself. The best-selling smart speakers and other such devices include those created by Google, Amazon, and Apple. Amazon has its Echo devices, now including the second generation Echo Dot with Alexa, Apple has the Home, including its new Home Pod, and Google has a line of devices it similarly refers to as Google Home. Functions of these voice-activated personal virtual assistants have now gone far beyond basic. While this initially included mainly speakers with the ability to connect via Bluetooth, the variety of functions and new devices created to perform them has increased dramatically. Now available on the market for common use are any number of devices able to control essentially anything in the home. These include thermostats, light bulbs, security systems including cameras and monitors, TVs, precision cookers, kitchen appliances, toys, garage door openers, and just about anything else it is possible to imagine.

We know virtual assistance in the form of voice activation in our devices is quickly becoming the norm, but what about the many things which have been the norm for so long, we no longer even seem to consider they were once impossible? This is where software programs we distinguish as smart personal agents come in. These are mostly cell phone-based apps or widgets able to perform ongoing tasks such as schedule management and other functions we now consider basic autonomously. These virtual assistants do almost innumerable functions, all of which we used to have to do ourselves. The menial chores they provide include keeping time, scheduling, and even apps such as calculators, in use since the earliest phones. The many other minor tasks include online searches, playing music or reading audio, playing media and streaming Internet TV, messages and live chat, and much more. Virtual assistance software is even replacing people in customer service. They are available in everything we use, from our phones to smart watches to the many aforementioned smart devices. The earliest versions of virtual assistants often worked on websites, in which there was a window where users could actually ask questions without having to call or email someone. The system would respond with pre-recorded text or even generate audio to further direct users on how to continue. These served many functions of customer service allowing people to avoid more lengthy steps in banking, mobile or online purchases and orders, utilities, travel information, news, and weather conditions. These were the first step in the modern computer age to the same type of functions we can receive all in one place on our mobile devices and computers.

It is easy to see where this tech comes from and why it was originally though necessary, but what do we know about the direction in which it is heading? We know mobile tech is the future. Currently, nearly everyone has a cell phone, and all of the apps made possible by virtual assistance software are commonplace. The changes we should see as the technology progresses are not too difficult to surmise. Firstly, we will continue to see more of our daily tasks performed by apps and programs than we have even now as technological advancements allow it. We will see virtual assistance standard not only on all cell phones but eventually all wearables including glasses, VR and holographic display devices, watches, and even in items we wear such as shoes. Wherever a virtual assistant can allow us to gather information more quickly and simply, know something we previously could not, or do something otherwise impossible to accomplish, companies will make it possible. As we see the rise of A.I. and the ability of tech to “learn” grows, we will see this making a great impact in the world of virtual assistants. Just as it has uses for current apps, programs, and devices, all the more so as it becomes more familiar. We will see stand-alone devices utilizing virtual assistance grow in use and popularity. In fact, this is already the case as the capabilities and usage of virtual assistants are escalating rapidly. The number of people worldwide who frequently use virtual digital assistants has grown substantially, and this number had already topped one billion in 2017. Experts see this growth continuing, perhaps even exponentially, and all the more so as people become comfortable with it and it becomes what computers are today compared to what they were when first released. It is no longer a specialized group of people who are able to or want to use them. Knowing this, it seems the possibilities for the future of virtual assistance are practically limitless.

One Response to “How Much do Virtual Assistants Really do for Us?”