3D Printing: What is it and What Does it Mean to Me? 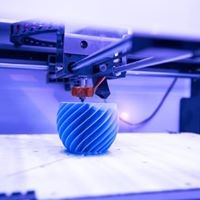 3D printing is something that most people would have considered impossible as recently as fifty years ago. In fact, the concept was not something anyone had even begun to put into motion until the early 1980s. As technology progresses, however, we have not only discovered to means for 3D printing but have continued to improve upon it. The question for some, though, is this: what exactly is 3D printing? Simply put, 3D printing is a means of creating a physical object from a digital design using a specialized machine. There are different 3D printing technologies and materials that we can now print with, but all of these work based on the same principle: the program turns a digital model into a solid three-dimensional physical object by adding material layer by layer. If this seems amazing, consider that it is now becoming somewhat commonplace at schools, libraries, and similar institutions while some companies have even created models for use in the home. Not only that, but the process has been further advanced with the creation of 3D pens, with dozens of models now available on the market. Before going into detail, though, there are some other more basic facts to consider about 3D printing and its many implications.

The concept and execution of 3D printing is actually fairly simple. Every 3D printed object begins as a digital 3D design file, essentially a blueprint, for a physical object. This takes some technical expertise to create, of course, but many programs exist to make this easy for those who are not so technically experienced or skilled. Attempting to print an object without a design file would be like trying to print a document on a sheet of paper without a document or text file to print. Once created, the design program slices the specific file into thin layers and then sends it to the 3D printer. The whole process is simply a more physical version of writing a document in MS Word or a similar program and sending it to a printer to make a copy of what you have written. At this point, the printing process varies depending on the technology used. The most basic 3D printing process involves desktop printers that melt a specialized plastic material and lay it down onto a print platform in a machine roughly the size of a computer tower. From there, it ranges to large industrial machines using a laser to melt metal powder and other most industrial processes.

Printing can take anywhere from a few minutes for a small, very basic object to many hours to complete depending on the size. Advanced (and very expensive) models, typically reserved for industrial purposes, often go through post processing, which is a means of improving the finished quality of the printed object. Many different kinds of 3D printers utilize many different materials depending on the project. These include basic plastics used in the least expensive models to rubber, sandstone, metals, and various alloys, and more materials for printing appear on the market every year. This obviously opens the door for many possibilities and establish 3D printing as an easy means of making all kinds of objects out of all kinds of materials that people could easily modify for any purpose they wanted. As the potential for what 3D printing can provide increases, as well as how quickly and easily it can produce things, we can expect 3D printers to grow in popularity and for more and more people to have them in their homes as well as in businesses of all kinds.

The first 3D printing process ever used was a process known as “stereo lithography” in 1983. Its creator, Chuck Hull, defined it as “a method and apparatus for making solid objects by successively ‘printing’ thin layers of ultraviolet curable material one on top of the other.” While many aspects have developed, the essentials of the process remain the same. Initially, the focus was on printing with an extremely specialized liquid, but Hull soon realized his technique was not limited to only liquids. Realizing this, he expanded the definition to “any material capable of solidification or altering its physical state.” At the time, Hull referred to 3D printing as “Additive Manufacturing,” and he created his company 3D systems with this as the foundation. Interestingly, almost nobody used 3D printing for anything other than industrial purposes for around twenty years before the creation of the first desktop 3D printer. This made 3D printing possible for many more people, as the cost of a 3D printer dropped from an astounding $200,000 to around $2,000. Still, this took a long time to occur, and according to sources like 3ders.org and 3dprinthq, units sold worldwide only counted in the hundreds as recently as 2007. That is a far cry from where we are now. 3D printer sales rose to $9 billion in 2017, and the Motley Fool predicts worldwide 3D printer scales to be around $22 billion by the year 2020.

Some may wonder why exactly someone would feel the need to have a 3D printer in his or her home. It will continue to become more practical, however, and despite its price will have many uses that will spare the costs of many things. For instance, one could use a 3D printer to print a standard plastic toy block in a matter of minutes. It is now possible to print many practical things, the cost of which could add up to the hundreds or even thousands of dollars. These include objects such as cell phone cases, toys as in the previous example, and even baseballs with the right materials. One might expect that people will be printing more and more things when they can buy a basic machine for under $200 while some may opt to pay several thousand dollars for a much more advanced one that can print nearly anything they want. Obviously, the implications worldwide and societally are much larger, and there are many more important applications than those for which we might find use of a 3D printer in the home.

The impact of 3D printing on industry has the potential to be huge, as 3D printers can use composites designed to replace much more expensive materials and simply print them off. The rarity of certain materials will no longer be an issue as it becomes easier to synthesize something similar enough to use in their place. The potential to lower costs, including those of materials and their delivery, as well as the limitations of their availability, are astounding. Even taking dozens of hours to print something large and complicated is much faster and more cost-effective than it has ever been to deliver the same object. People can print these objects with usable, removable parts as well. The military has already begun to experiment with 3D printing weapons and possibly armor, making them immediately available at much lower costs as well. Amazingly, 3D bio printing is already in the works with “printable organs.” There are printers currently in development that will be able to use cellular material to artificially construct organs for transplant using 3D printing techniques. Researchers are currently in the process of making this possible in the near future, meaning many more lives saved as people waiting for vital organs like hearts, kidneys, and livers no longer need to die waiting.

While 3D printing has its limitations over current standard production methods for most things such as less strength and endurance, lower precision, and less choices for material color, and finish, it stands to reason that it will overcome these limitations as the technology continues to improve. Current production techniques have reached their peak, while 3D printing continues to evolve. As it is, 3D printing allows for the ability to create complex designs and customize every single item printed while eliminating the need for tools and molds and lowering fixed costs. Companies are already able to create prototypes with greater ease and speed, and this will only continue to improve, giving their models a faster and less risky route to getting to market than currently possible. With all of the complications and issues that come with waste products from almost every aspect of manufacturing in today’s world, the lack of waste created by 3D printing is also a massive boon for individuals, homes, industry, and the environment. There is a massive array of benefits created by the advent and continued growth of 3D printing. With all of the potential applications of 3D printing and the potential good it can bring about, it is safe to say that we can only expect it to continue to thrive in the future.