Yelp: the Business of Extortion 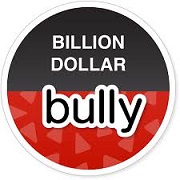 Starting, maintaining, and growing a business is no easy task. It is even more difficult when you face a bully which happens to be a much larger, better-known business threatening you to use their service or face destruction for refusing them. Nonetheless, this has been the case for many businesses, from very large corporations to tiny businesses struggling to make rent month to month to every type of business in between. This is because of an online company utilizing a rating system of individual user reviews to leverage businesses, ultimately, to believe they require its services or they will suffer. The company responsible for this behavior and for the subsequent difficulties of many businesses as a result? Yelp, a name with which anyone who has searched for a business on the Internet or knows anything about online reviewing is familiar. Many have found its services helpful since its founding in 2004, and it does seem like a good thing. When a business model like Yelp’s becomes abusive and resorts to bullying to make money from businesses who need to have a positive presence online, though, things can go very bad quickly. This is, in fact, exactly what has happened in the fifteen years Yelp has been operating online.

In the years Yelp has been a major force on the Internet, possessing the ability to make or break a business in many cases, it got so out of control CNBC began a report on the rise and fall of Yelp by stating “before there was fake news, there were fake reviews.” While, as CNBC continues to report, it was “the first big success story in the early days of user-generated reviews” and further notes that the company “enjoyed rapid growth in those early days,” the story continues with Yelp’s difficulties. As the report states, it has not been easy of late. This is due, the report states, to increased competition and a stagnant business model. This is not the worst of Yelp’s woes, however; as many companies can attest, it was Yelp’s own unsavory business practices ultimately leading to its own undoing. Even a simple Internet search of what people generally think of Yelp will attest to its poor business practices and abuse. Many responding to the video of CNBC’s report have pointed out numerous abuses they have experienced. These include everything from the creation of fake accounts to pad ratings, pressuring businesses to pay or face consequences to their ratings, and allowing false reviews to hurt businesses. It is even common knowledge that Yahoo offered to buy Yelp, which could have made it a much more legitimate service than it has become, but its CEO turned down an offer of $1 billion.

While possibly millions of businesses across the U.S. and worldwide were aware of Yelp’s practices but powerless to do anything about them, Journalist David Lazarus of the L.A. Times brought it to public attention in 2014. He brought to the attention of consumers Yelp’s practice of selling competitors’ ads to run on top of business listings and offering to have the ads removed as part of a paid feature. Finally, in 2015, San Francisco filmmaker Kaylie Milliken began production on a documentary called “Billion Dollar Bully,” which was the main source used in the CNBC report. Milliken and Prost Productions began the project when her doctor told her she had begun to see negative Yelp reviews for her practice but was unable to reconcile them with actual patient visits. Because of this, she became convinced of fictitious reviews, and all the more so when a reviewer posted a complaint describing symptoms for a patient she had never seen. There is testimony to similar mishandlings by Yelp by so many people her Kickstarter campaign to fund the film surpassed its goal by over 150% of the $60,00 asked. Yelp, as expected, came out with disparaging remarks against the film claiming there was no basis for the claims despite the common knowledge in favor of the claims rather than Yelp.

While there are abuses rampant in the rating system, even worse is how Yelp has attacked or threatened businesses who were not currently customers. “Yelp sales people have called me multiple times and told me if I didn’t advertise on Yelp, they were going to destroy my business,” says David A. Milman. Milman is the CEO of Syracuse, New York-based tech support company RESCUECOM. He continues, “Yelp is a company based on extortion: pony up your monthly advertising or watch your positive reviews vanish.” This is certainly not something exclusive to RESCUECOM; while many bigger businesses have found no issue finding the funds in their advertising and/or marketing budgets to have featured spots on local Yelp review pages (and thus Yelp has no need to resort to bullying or extortion to get their business), it is the small businesses with much smaller budgets who find themselves being squeezed. There are consequences for declining to do business with Yelp, and small businesses feel that more than anyone. In Milman’s experience, he says, “RESCUECOM has over a dozen five star reviews that vanish into the ‘Yelp Algorithm.’ This is Yelp’s way of defending its practice of going after businesses that refuse their extortion racket and do not advertise with them.” While Yelp is not the only company artificially moving businesses paying more money to the top of search results, it does so with bully tactics and it goes beyond this. It also makes good reviews of businesses such as RESCUECOM disappear or bad reviews of businesses willing to pay somehow less conspicuous, among other things.

The experiences of David Milman and RESCUECOM are shared by many small to medium sized businesses. Many small business owners recall a disturbingly similar scenario: owners receive numerous calls from Yelp to advertise with them, almost every day in many cases. When the owner(s) refuse after many attempts, sometimes talking to nearly a dozen different Yelp reps and being heavily pressured, positive reviews (numbering in the dozens in many cases) are suddenly in a review section referred to as “not recommended,” and businesses find themselves left with only the average reviews, one or two out of many four and five star reviews, and one star reviews suddenly find a place of prominence. Owners have also reported efforts to entice them to pay Yelp by leaving fake and fraudulent reviews on their pages to damage their reputation further for refusing to pay but offering to filter negative reviews if they agree. BusinessWeek says Yelp has “always had a complicated relationship with small businesses.” The allegations of Yelp’s manipulation of its reviews based on participation in its advertising programs has existed from the beginning, as have the claims of Yelp salespeople offering to remove or suppress negative reviews if they purchase advertising. It is bad enough Yelp would resort to the practice of prominently featuring negative reviews and putting positive reviews of paying businesses to the top, but the attempts by Yelp to build upon these methods to then sell paid advertising makes it all the worse.  Yelp has claimed many times in the past its sales staff do not have the ability to modify reviews and changes in the reviews are due to its automated filter to cover its tracks.

The worst and possibly most public of issues taken with Yelp was a class-action lawsuit filed in 2010. It initially involved a veterinary hospital in Long Beach, California, which claimed Yelp demanded $300 a month for advertising services which included the suppression or deletion of critical customer reviews. After the filing by the veterinary hospital, though, nine more businesses joined the class-action lawsuit claiming the same abuses. Even after this, other businesses joined in and filed two more similar lawsuits. All of these combined into one single class-action lawsuit to represent all offended businesses, but a San Francisco U.S. district judge dismissed it outright the next year, claiming the reviews were protected by the Communications Decency Act of 1996 and that there was “no evidence of manipulation by Yelp.” Of course there was an appeal, but the Ninth U.S. Circuit Court of Appeals upheld the dismissal with a disturbing claim: even if Yelp did manipulate reviews to favor advertisers, which it was clear it had, it would not fall under the court’s legal definition of extortion. Thus, Yelp was in the clear despite also being very unquestionably in the wrong. Because of this, Yelp was permitted to continue to extort businesses, though there are currently court cases against Yelp for charges including stock inflation, securities fraud, and false advertisement. No doubt this comes as a surprise to very few people who are actually aware of Yelp’s practices. However, the experiences of innumerable business owners and their companies such as David Milman and RESCUECOM can only go unnoticed and uncared for so long before huge companies which resort to extortion, bullying, and other reprehensible tactics end up being called out and finally paying the price.